First, during Super Bowl week, Hall of Famer and 49er legend, Joe Montana said that Trey Lance “isn’t ready” and that the team should keep quarterback Jimmy Garoppolo. Last week, Montana’s successor Steve Young, who is also a Hall of Famer and 49er legend, began lobbying for Aaron Rodgers and Tom Brady to come on board in hopes that either QB could help bring home the team’s 6th Lombardi Trophy this upcoming season.

While many 49er fans are split on the direction the team should take under center next year, it is quite obvious that it is time to start the Trey Lance era. No disrespect to either 49er legend or their opinions but despite what the 49ers and Kyle Shanahan put out this season, Trey Lance is more ready to play than we have been led to believe, there is a video to support that fact and Kyle Shanahan’s hubris will not allow an established future Hall of Fame QB to take over and lead the 49ers.

“When we were 3-5, that was kind of the breaking point where I knew it was getting close. I know everyone else thought it was there, which I agreed it was getting close to there, but once we won that game and went to 4-5 and ended up winning four in a row, I thought we had a chance…”

Kyle Shanahan made these comments a few days after the 49er season ended with a loss in the NFC Championship game. He made it clear in this statement that everyone in the organization felt that Trey was ready to take over and lead the team. He also alludes to feeling the same way. So why did he stick with Jimmy Garoppolo? Simple, the plan the entire year was to make a run with Garoppolo to increase his trade value. Getting beat out by a rookie with only 17 college starts on the FCS level would not bode well for the 49ers nor Garoppolo, who was auditioning each week for his next NFL contract. Garoppolo’s value increased with every win and he even began to change the narrative of his toughness as he led the 49ers on a deep playoff run playing despite an injured thumb and separated shoulder.

This was not to say that Lance wasn’t ready. This was the 49ers sticking to a plan that would enable them to recoup some of the draft capital spent on Lance. Whenever players were asked about Lance you heard rave reviews and words that made your ears perk up despite the company line of being all in for Garoppolo. One such comment came from All-Pro LT Trent Williams who said, “Trey is an outstanding talent. It’s hard to deny that. When you see him throw the ball, when you see him run the ball, you know that’s a generational talent. ” Generational talent is not something you hear too often as a description of a player’s ability. Being that the quote came from Williams, who is a generational talent himself, it is hard to believe Trey Lance couldn’t have taken the mantle as QB1 during some juncture this season.

As the chatter of Rodgers and Brady began to grow louder early in this off-season, something fishy happened. A cut-up of some “wow” throws from 49er practice leaked. I feel that this is the 49er’s way of showing Lance support despite the churning of the rumor mill. My sentiment comes from the fact that the video is eerily similar to the comments that Kyle Shanahan made after moving up to the third pick in last year’s draft. “If you’re going to draw it up, you’re going to draw the biggest, fastest, strongest, and best quarterback in the pocket… If you can get a guy who is elite with his arm and can play in that pocket and do everything and still run around and make off-schedule plays.” the leaked video is Lance putting all of these qualities on display.

Lastly, it is hard to believe that the 49ers pull the trigger on either Rodgers or Brady despite them being an obvious upgrade to Lance. Why? Because from the moment that Kyle Shanahan was handed the keys to the organization, he has exuded his desire to be the reason the 49ers win a championship. Brady nor Rodgers would fit into that narrative. A Super Bowl victory with either as the team’s QB would give off the perception that they were just as much the reason as he would be for the team hoisting the Lombardi.

Although the Shanahan family has a history with established future Hall of Fame QBs, if either Brady or Rodgers comes to San Francisco the story will be much different this time around. When Mike Shanahan came to Denver and won back to back Super Bowls with John Elway, he was seen as the piece that Elway got over the hump and solidified his place in Canton.

To be honest, you can’t truly blame Kyle Shananahan for wanting to write his own narrative. If Shanahan gets Trey Lance to become a Super Bowl-winning quarterback it would solidify Kyle Shanahan as an elite coach and maybe even an all-time great. It will take multiple championships from the pair to put Shanahan in that category but you have to feel that Shanahan has that much confidence in Lance considering the amount of draft capital he spent to get him. Sorry Rodgers and Brady, it’s Trey Day in the Bay.

Nobody’s perfect. Did you find a mistake in this article?
Report it. 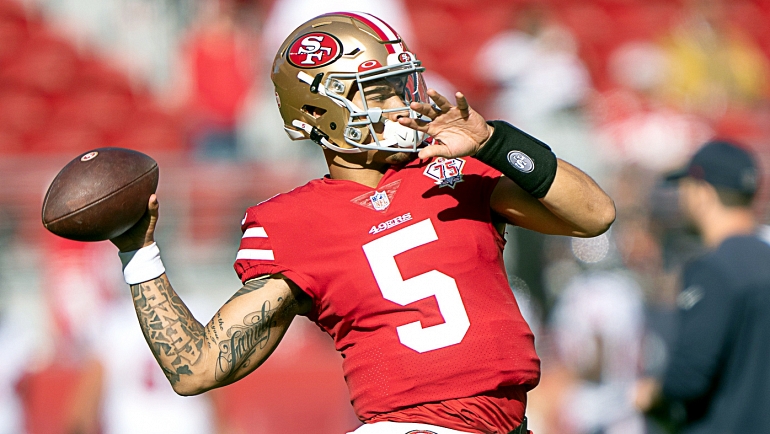 San Francisco 49ers quarterback Trey Lance, the likely starter in 2022, stopped by NFL Network on Thursday to speak with Andrew Siciliano and Michael Irvin. This offseason, the team will likely transition from quarterback Jimmy Garoppolo to Lance, who started just two games this past season. Lance is confident he’s ready to take over if that’s what the Niners ask of him. “I’m going to be ready to go Week 1, without a doubt,” Lance said. “I’m super excited for the opportunity. I feel like I learned a lot. I’ll continue to learn. But yeah, excited to get it going again.” Lance was on the sideline when the 49ers fell 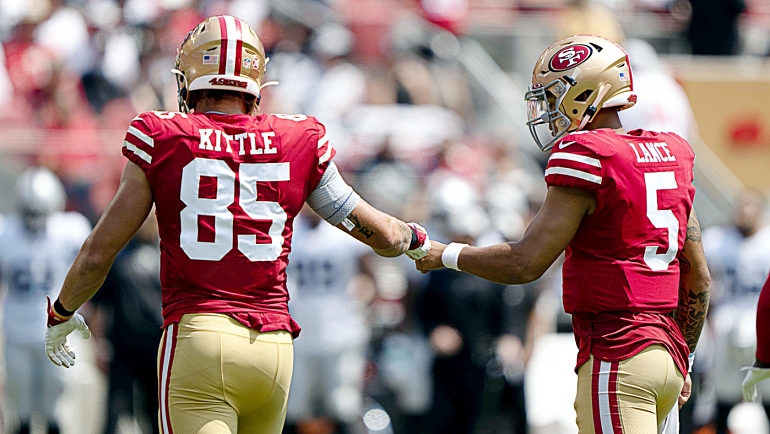 Trey Lance is just 21 years old and he only has two NFL starts under his belt. His experience will grow, though. It could grow quickly if Lance is the Week 1 starter in September, as most expect him to be. Lance spent his rookie season as Jimmy Garoppolo’s backup, learning from the veteran quarterback, studying the playbook, and running the scout team. Most of his reps in 2021 came during practice. On Thursday, Colin Cowherd of The Herd asked 49ers tight end George Kittle about the differences between Garoppolo and Lance during those practices. “I would say the big difference is Trey’s got a little more zing on [his passes],” Kittle responded. “He definitely has a big arm. He can make throws all over the field, which is really cool to see. jimmy can, 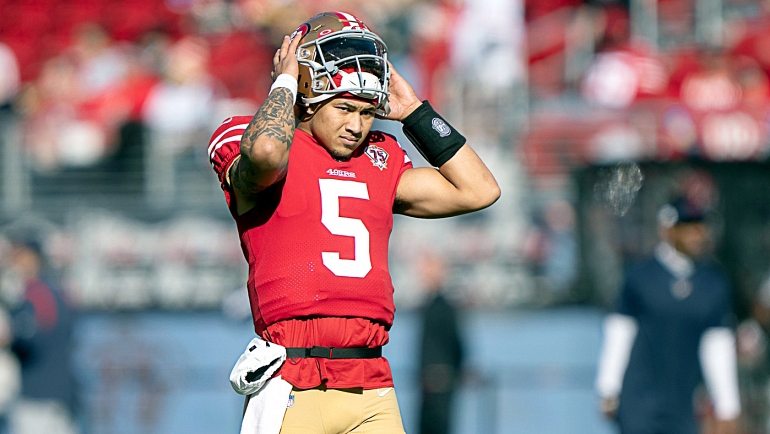 Sports icon and former San Francisco 49ers quarterback Joe Montana sat down to speak with Kevin Clark of The Ringer at Radio Row ahead of Super Bowl LVI. Of course, Clark asked about the Hall of Famer’s former team and the quarterback situation brewing in Santa Clara. The 49ers invested a lot to acquire Trey Lance, trading away multiple first-round picks and a third-rounder, moving up to the No. 3 overall pick to select the former North Dakota State quarterback. Unfortunately for Garoppolo, that meant the end was near for his time in the Bay Area. Last season, Lance started only two games, filling in for an injured Garoppolo. In the end, Garoppolo played through injuries and was part of the 49ers’ impressive playoff run that ended in the NFC Championship Game, 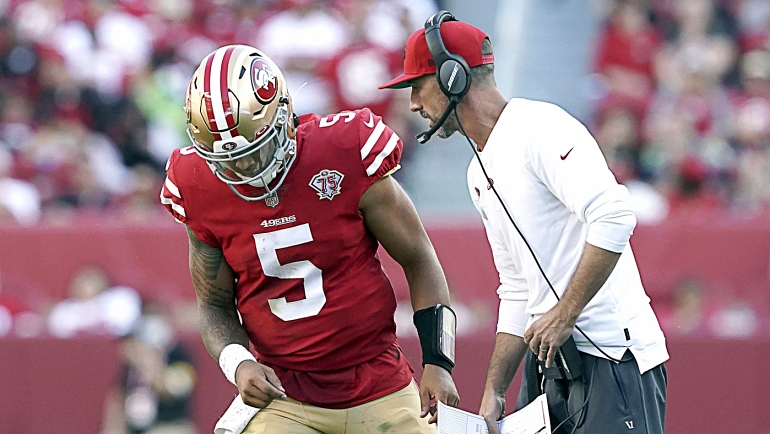 49ers QB Trey Lance on outside noise: ‘I only worry about people in our building’

On Thursday, NFL legend Joe Montana made some headlines, saying he feels that the San Francisco 49ers should hold onto quarterback Jimmy Garoppolo because his successor, Trey Lance, may not be ready to play. “I think they keep Jimmy until you find somebody else,” Montana told Kevin Clark of The Ringer. “I don’t think Trey’s ready to play yet, myself, and after talking to some of the players. It’s one of those things that if you can keep Jimmy healthy, he plays well enough to get you here (the Super Bowl). ” Lance insists he will be ready for whatever the 49ers ask of him, including starting Week 1 of the 2022 season. While not directly asked about Montana’s 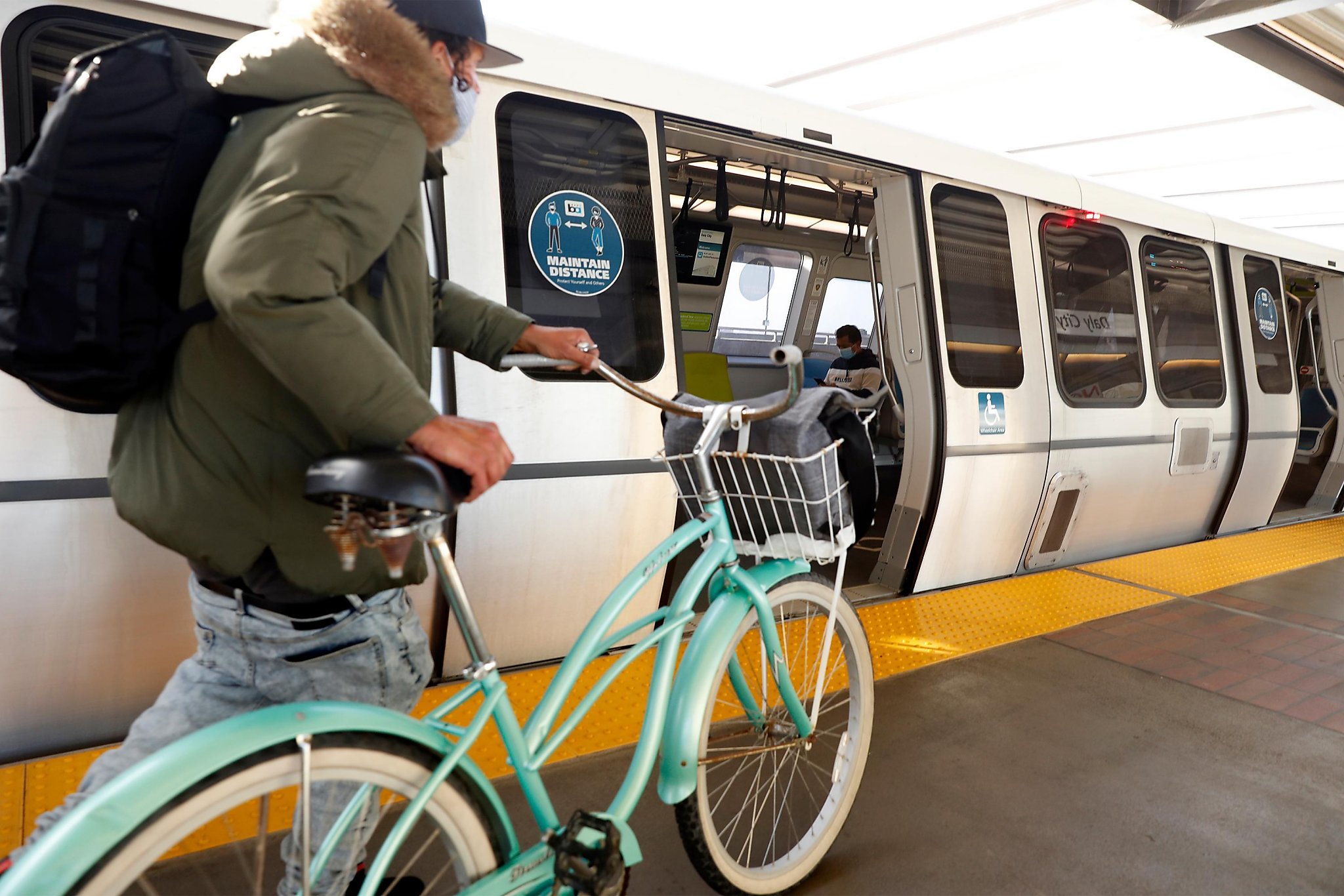 San Francisco is transferring to the yellow tier. This is what is going to change 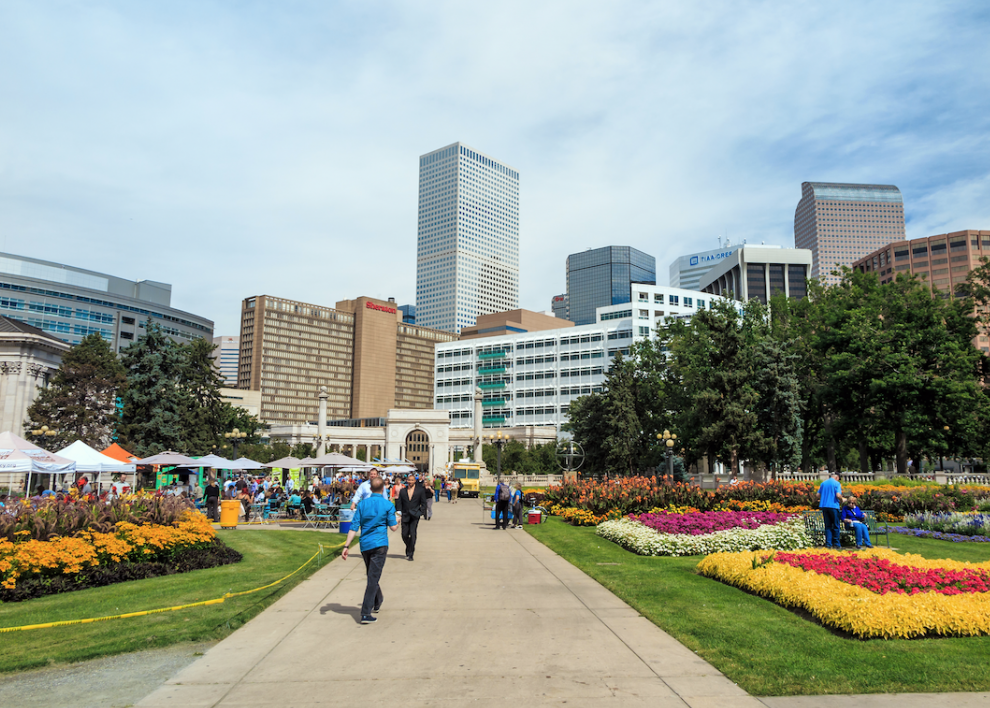 The place individuals in Denver are transferring to most 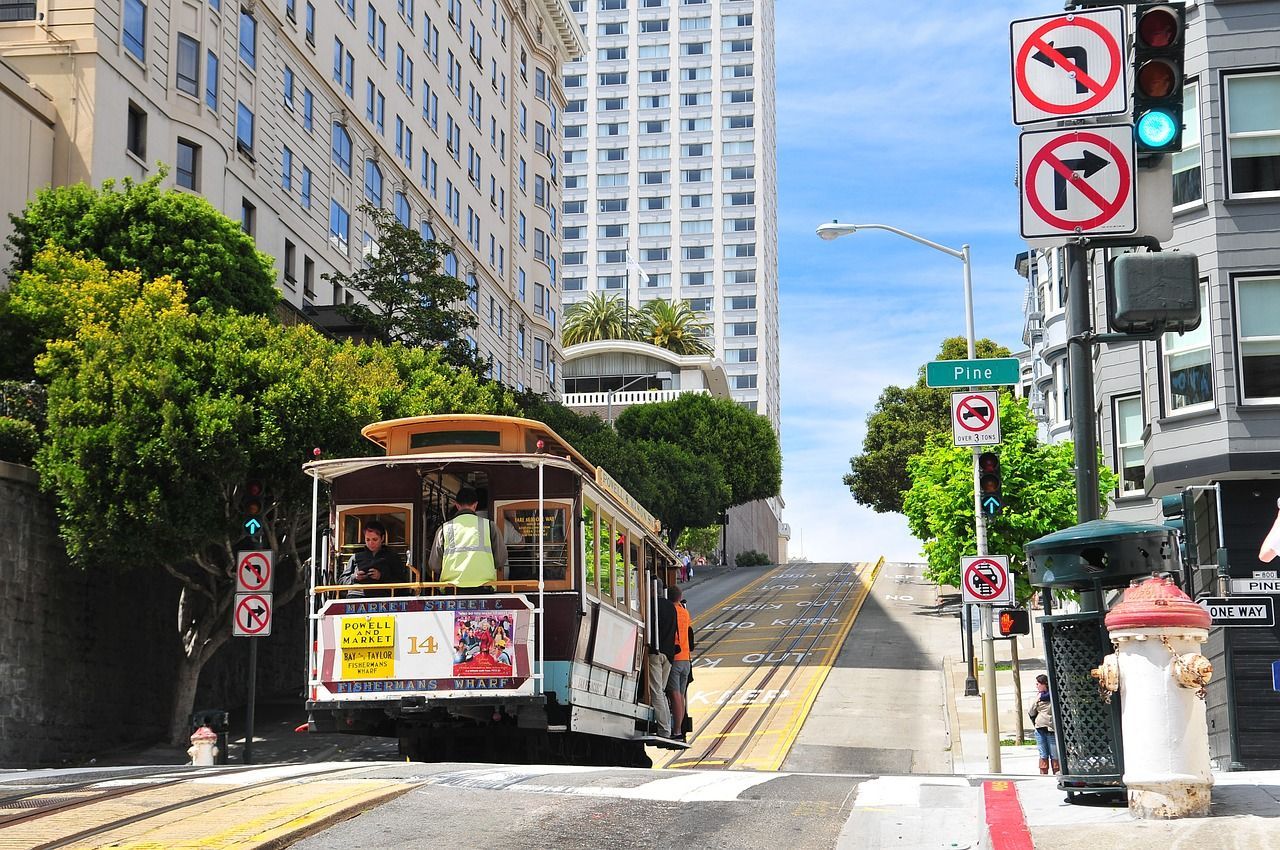 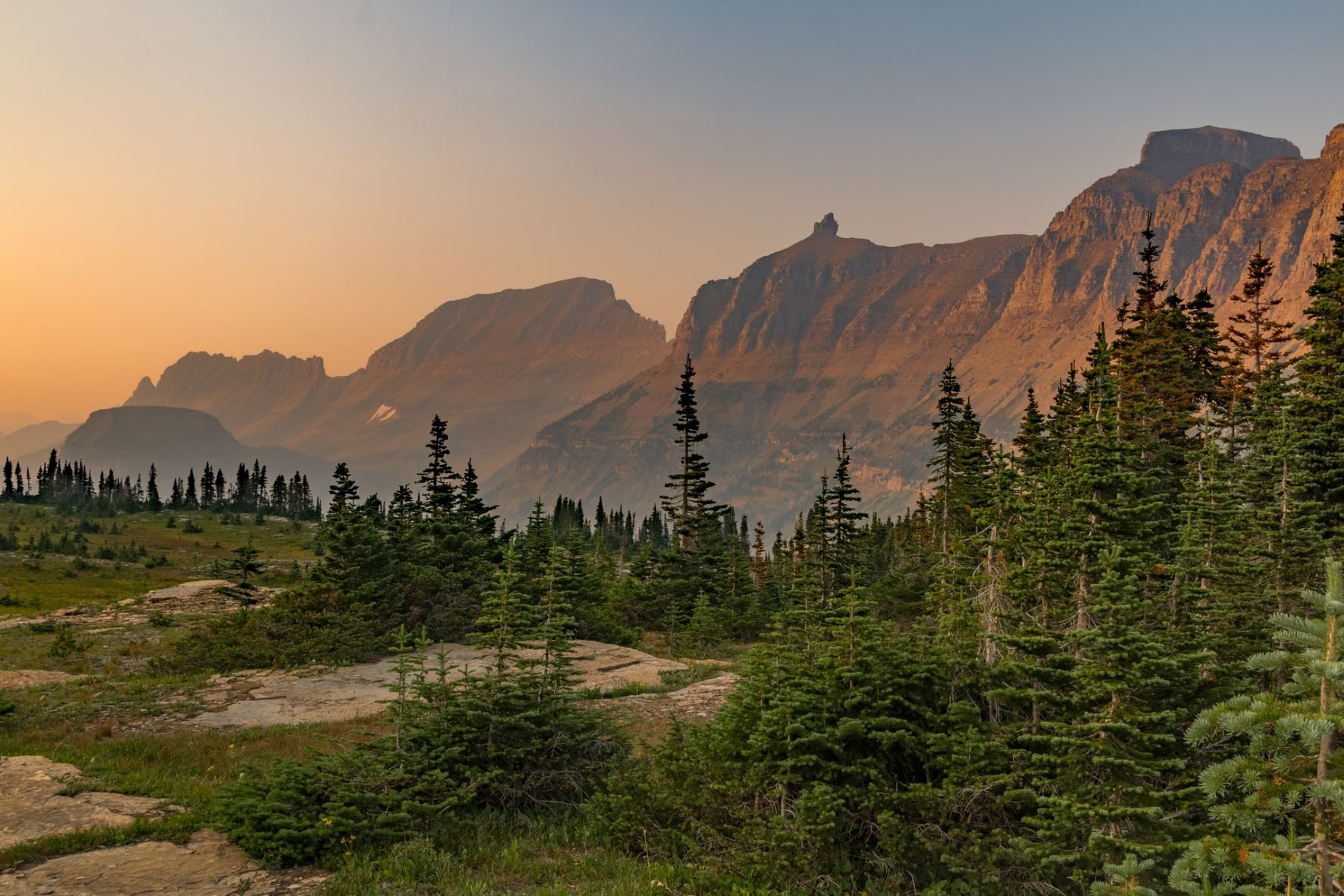 3 Locations To Take into account When Shifting Out West