When it comes to clean energy, a few sexy technologies — solar panels, electric cars — get all the headlines. I blame you for reading public. That’s what you click on!

But the workers of the clean energy transition, especially in the early years, are apt to be boring old technologies nobody writes about, some of which may already be in your home. For example, the rising need for energy storage may be partly answered by … the water heater, that unlovely white cylinder thing in your basement.

The other day, I came across another unlikely hero: the heat pump. (Try to contain your enthusiasm.) It requires a little setup, though.

Siemens — a big player on both the hardware and software side of the “smart cities” space — has developed a tool for modeling carbon emissions in cities. It allows the company to run scenarios showing how various technologies and practices could reduce emissions. It’s called the City Performance Tool, or CyPT.

Siemens recently approached San Francisco about using CyPT to assess the city’s ambitious sustainability goals. Long term, the city’s carbon emissions are meant to decline 80 percent from 1990 levels by 2050. (They are already 14.5 percent below 1990 levels.)

Siemens used CyPT to analyze how a bunch of different technologies could contribute to San Francisco’s goals. It ran three scenarios. In the first, it modeled the aggressive but achievable deployment of a whole range of technologies, centered mostly on sustainable transport and buildings. Here they are:

As you can see, electric cars, car sharing, and congestion charging are the biggies on the transport side. On buildings, home automation and “performance optimization” do the most work.

But this scenario only got Siemens to a 63.4 percent drop in emissions by 2050 — short of what San Francisco needs.

For the second scenario, it modeled carpeting the city with solar panels, to provide a source of electricity cleaner than what the grid provides. With panels on just about every suitable roof, the city could get an additional 776,600,000 kWh/year of carbon-free power. Whatever its other benefits, however, this strategy only secured another 3.6 percent in emission reductions, bringing the total to 67 percent by 2050.

You got it: heat pumps.

A heat pump is a “mechanical-compression cycle refrigeration system” that can serve as both a furnace and an air conditioner (indeed, many air conditioners are just one-way heat pumps). From manufacturer Trane:

Even in the air that seems too cold, heat energy is present. When it’s cold outside a heat pump extracts this outside heat and transfers it inside. When it’s warm outside, it reverses directions and acts like an air conditioner, removing heat from your home.

Because it merely moves, rather than generates heat, it is far more efficient than combustion furnaces.

They key feature for our purposes is that heat pumps run on electricity. When Siemens modeled shifting 80 percent of citywide heat consumption over from natural gas to electric heat pumps, emissions declined another 14 percent, bringing the 2050 total up to just above SF’s goal.

In fact, “market adoption of electric heat pumps for 80 percent of citywide heat consumption is the single most impactful lever considered in this analysis,” it concluded.

I find this perversely pleasing. In the already boring category of appliances, electric heat pumps may be the most boring. Be honest — every time I write “electric heat pump,” your eyelids droop a bit. But they matter!

(Note: heat pumps work so well for decarbonization in San Francisco because of its clean electricity and mild climate—they won’t have the same effect in areas with dirty and more expensive electricity.)

What heat pumps can teach us

So as not to just have a laugh about heat pumps, let me extract a couple of lessons here.

1) First, this helps illustrate that the bulk of the decarbonization over the next few decades is not going to be accomplished by sexy new technologies with, y’know, carbon nanotubes or whatever. It’s not, fundamentally, going to be tech development work.

Instead, it’s going to involve the more quotidian work of slogging through and reforming the rules, regulations, and incentives offered by various levels of government, so that they align around the deployment of existing clean energy technologies, including the boring ones.

A case study from my own experience: Recently, my wife and I did a bunch of internal work on our house — new plumbing, new insulation, new electrical box, new water heater, and new furnace (and a new kitchen faucet, the one part of the work I actually see day to day).

We still had the old oil furnace installed in the house when it was built in 1957. It was that sickly peach color popular with appliances back then — a real monster. Check it out: 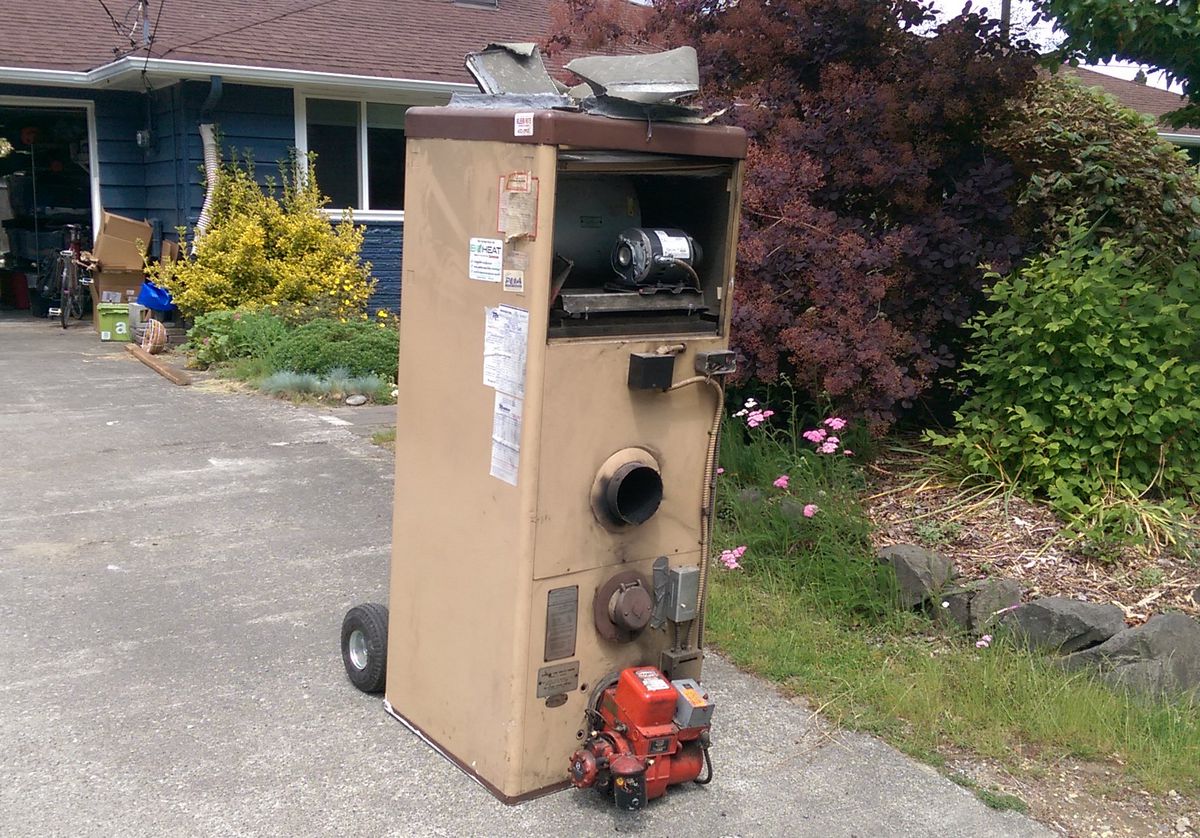 Look at this beauty. DR

I wanted to switch it out for a heat pump. That would have made my house almost fossil fuel-free, since Seattle enjoys very hydro-heavy, low-carbon electricity.

But my utility, Seattle City Light (generally a pretty progressive utility), offers no rebates for air-source heat pumps (only the fancier and more expensive ductless kind). By contrast, it offers substantial rebates for the purchase of an efficient natural gas furnace. [Correction, 10/5/2016: Oops, got that a bit wrong. It’s true that SCL doesn’t offer rebates for air-source heat pumps, but it’s not true that they offer rebates for natgas furnaces — those rebates came through Puget Sound Energy, my gas utility.]

In the end, choosing a heat pump over a natural gas furnace would have cost us $8,000 more, and given that we were already spending into ourselves penury, we just couldn’t do it. It would have paid itself back eventually, but over something like 20 years. Who knows if we’ll be in the house that long?

So I had to pipe another fossil fuel into my house. It was galling. Especially since I live in a temperate climate, perfect for a heat pump.

Making sure that rules and incentives are aligned to promote boring-but-important technologies — that’s the real meat and potatoes of decarbonization in the next decade or two.

2) Without rehashing this all over again, I will say that Siemens’ results line up perfectly with the decarbonization strategy I laid out in a post the other day, namely: Clean up electricity and electrify everything.

That’s what the humble heat pump represents: a way to shift heating and air conditioning from fuel combustion to electricity. It ain’t exciting — you won’t see it on any tech blogs — but it’s important.

(Thanks to @MackayMiller for the tip.) 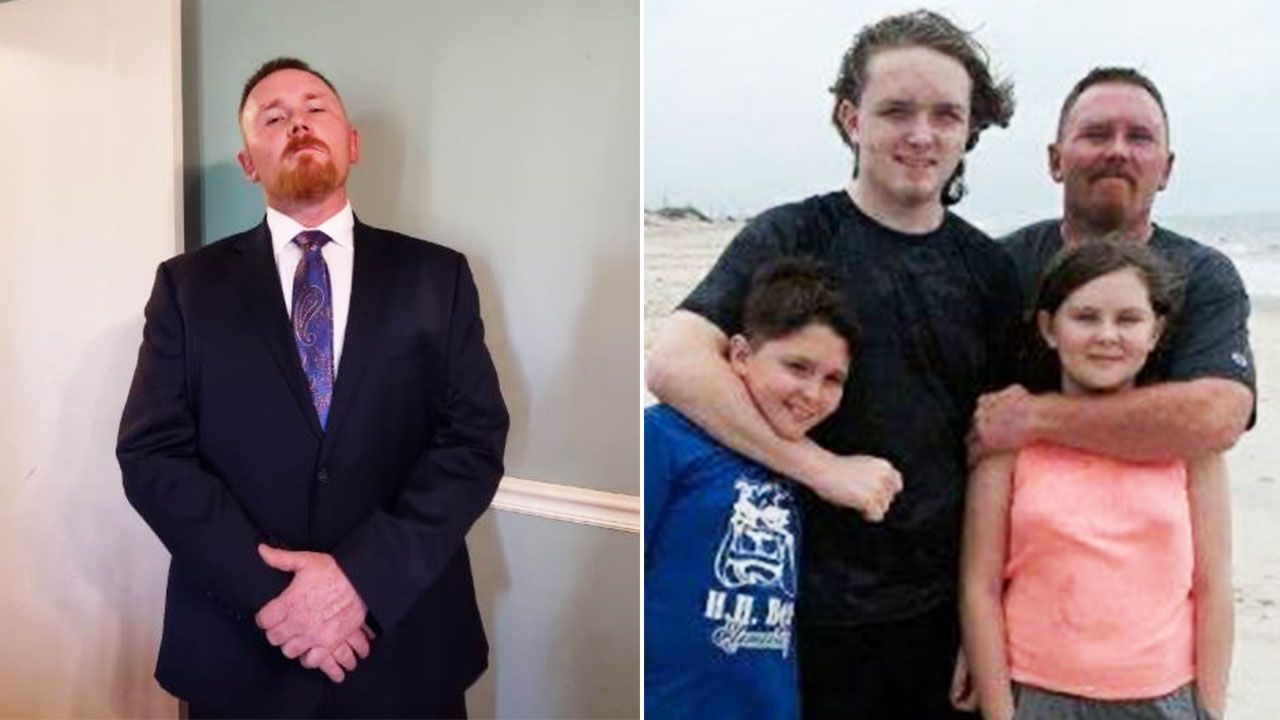 I Left My Masks In San Francisco—For Totally Vaccinated Workplaces 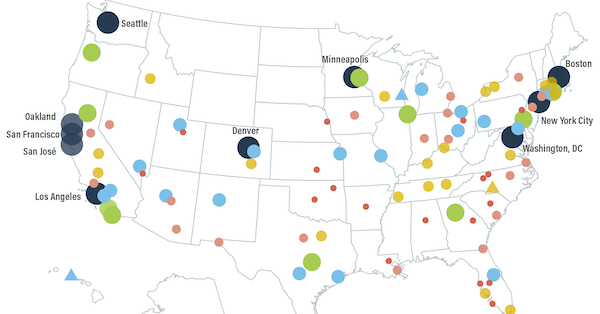