San Francisco’s current and former city attorneys filed a pair of lawsuits late Wednesday that they hope will bring a screeching halt to the federal government’s effort to shutter Laguna Honda Hospital and Rehabilitation Center next month.

City Attorney David Chiu is asking a US District Court judge to stop the federal government from cutting off funds to Laguna Honda as of Sept. 13, a deadline the city calls arbitrary and which would force the nursing home to shut down and displace 600 vulnerable residents .

Former City Attorney Louise Renne filed a separate, class-action lawsuit against state and federal officials on behalf of those residents. Most patients at the skilled nursing facility—one of the largest in the US—are medically fragile and often very poor. Some have lived there for decades.

The pending closure has caused an uproar among supporters of the city-run nursing home, especially after the US Centers for Medicare and Medicaid forced Laguna Honda to begin transferring its frail patients in May in preparation for the closure. Of the 57 patients transferred or discharged, eight died within days or weeks of their moves.

An empty hallway at Laguna Honda hospital in San Francisco on July 20, 2022. The facility is required by the US Centers for Medicare and Medicaid to transfer or discharge all patients by mid-September after the federal agency decertified it in April.

Because 14% of the relocated people have died, possibly as a result of the phenomenon known as “transfer trauma,” federal officials agreed last month to pause the transfers.

“Pausing is not enough,” Renne told The Chronicle. “We’re asking them to end the discharge. Period. Families are worried sick. The mere threat of a discharge is wrong.”

In the city’s lawsuit, Chiu argues that the federal agency known as CMS chose a random date — Sept. 13 — to halt funding of more than $200 million a year in the form of Medicaid and Medicare reimbursements. The suit says shutting down the nursing home so quickly is illegal because San Francisco is appealing the agency’s decision to decertify Laguna Honda in the first place — and that appeal won’t be heard until at least October.

“We’re asking the federal government to exert compassion and common sense,” Chiu said. “Between the huge shortage of skilled nursing facility beds, we see potentially very negative consequences” if the facility is forced to shut down next month. “Individuals will become homeless. These people have nowhere to go.”

Renne put it more bluntly: “We’ve had eight deaths. Who knows if there would be more? (CMS) knows that as well as we do. How do they live with themselves?”

Chiu’s lawsuit notes that three patients discharged from Laguna Honda wound up in homeless shelters. And last month, when Laguna Honda officials called 1,400 nursing homes in a single week to try to comply with the transfer order, not one of them had a vacant bed eligible for Medicare or Medicaid reimbursement and with appropriate services for Laguna Honda’s patients, according to the suit.

“CMS’s unreasonable requirements are not only harmful to patients and impossible to achieve, they are also unlawful,” says the city’s lawsuit. Chiu argues that the agency shouldn’t be allowed to shut down Laguna Honda before the city can make its case that CMS was wrong to crack down so hard on the facility, and that closing it before the appeal is heard denies San Francisco due process.

CMS officials could not immediately be reached for comment after the suits were filed. In an interview on July 26, however, a CMS official speaking on condition of anonymity told The Chronicle that the agency could extend its deadline.

“The timing is something we can revisit,” the official said.

CMS decertified Laguna Honda in April, six months after state inspectors declared it to be “in a state of substandard care.” CMS set Sept. 13 as the date it would stop paying to care for the facility’s hundreds of residents. Laguna Honda depends on Medicare and Medicaid reimbursements of nearly $18 million a month, or more than two-thirds of its $26 million monthly budget.

The city’s lawsuit acknowledges that Laguna Honda must fix deficiencies and prevent them from recurring. But it also says the California Public Health Department — which recommended that CMS withdraw the Medicare and Medicaid funding — overstated the severity of the deficiences its inspectors found at Laguna Honda between October and March, and that it never should have made that recommendation.

Renne’s class-action suit, which seeks a trial by jury, makes the same argument. It’s also the basis of Chiu’s appeal. 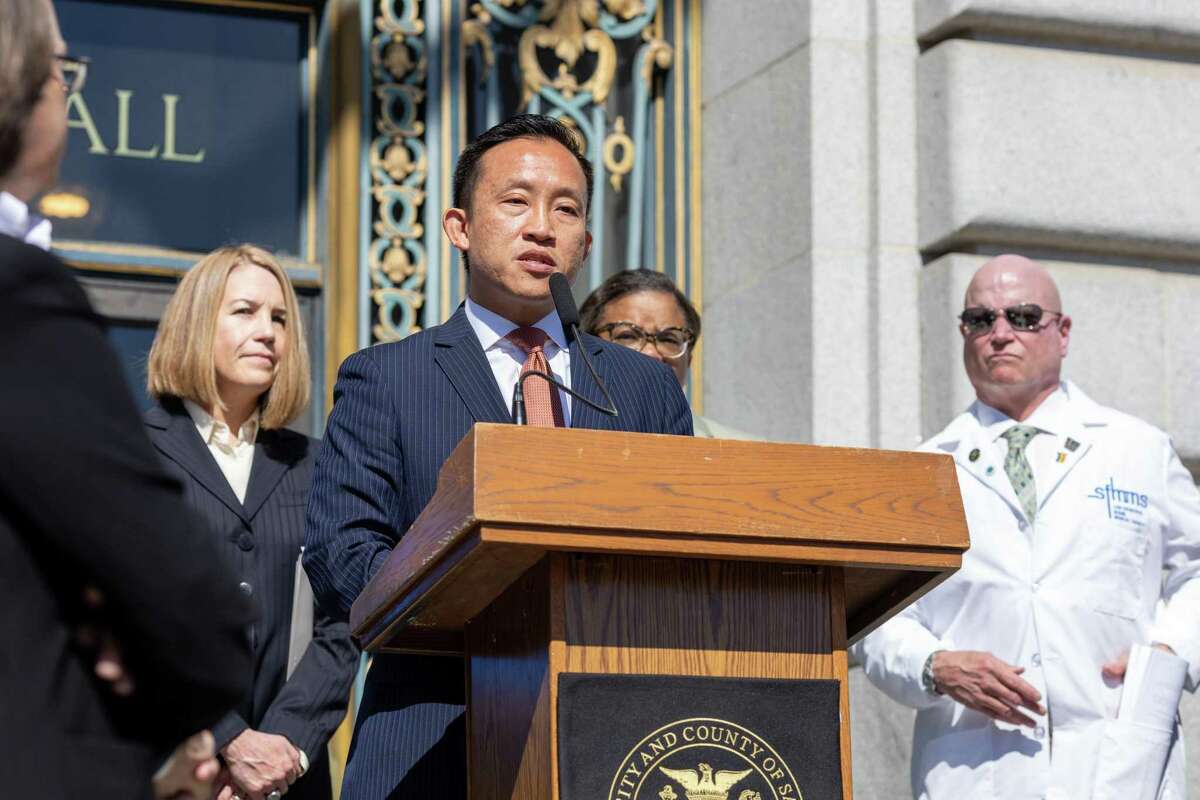 Constanza Hevia H./Special to The Chronicle

Laguna Honda’s current troubles began in July 2021, after the facility reported that two patients had overdosed on illegal drugs and recovered. That report triggered the state visit in October, after which inspectors found the facility out of compliance.

The city’s lawsuit says the state’s finding was based on a “failure to eliminate all illicit drugs and contraband (such as cigarette lighters),” which in turn led to the recommendation that CMS terminate its contract with Laguna Honda on April 14 if the nursing home was still out of compliance.

Chiu argues that instead of allowing CMS to hastily shut down a vital institution, especially when there are virtually no adequate alternatives for most residents, the courts should give San Francisco time to make its case that decertifying Laguna Honda was done in error.

Laguna Honda is also correcting its deficiencies and should be allowed to complete that process, the lawsuit says. The nursing home “is confident that it will submit an application allowing it to be recertified as a Medicare and Medicaid provider by the end of the year.”

But if it has to shut down, Laguna Honda will need until Nov. 2023 to do so safely, the suit says.

In all, Chiu’s lawsuit paints a picture of a Catch-22 — an “impossible situation” — that CMS has forced on Laguna Honda, the city and the patients who depend on it. “Laguna Honda cannot stay open and it cannot close,” the suit says.

The city attorney said that “the federal government has left us with no choice” but to sue. “We’re hoping that CMS will come to the table and work with us to preserve this critical safety net.” 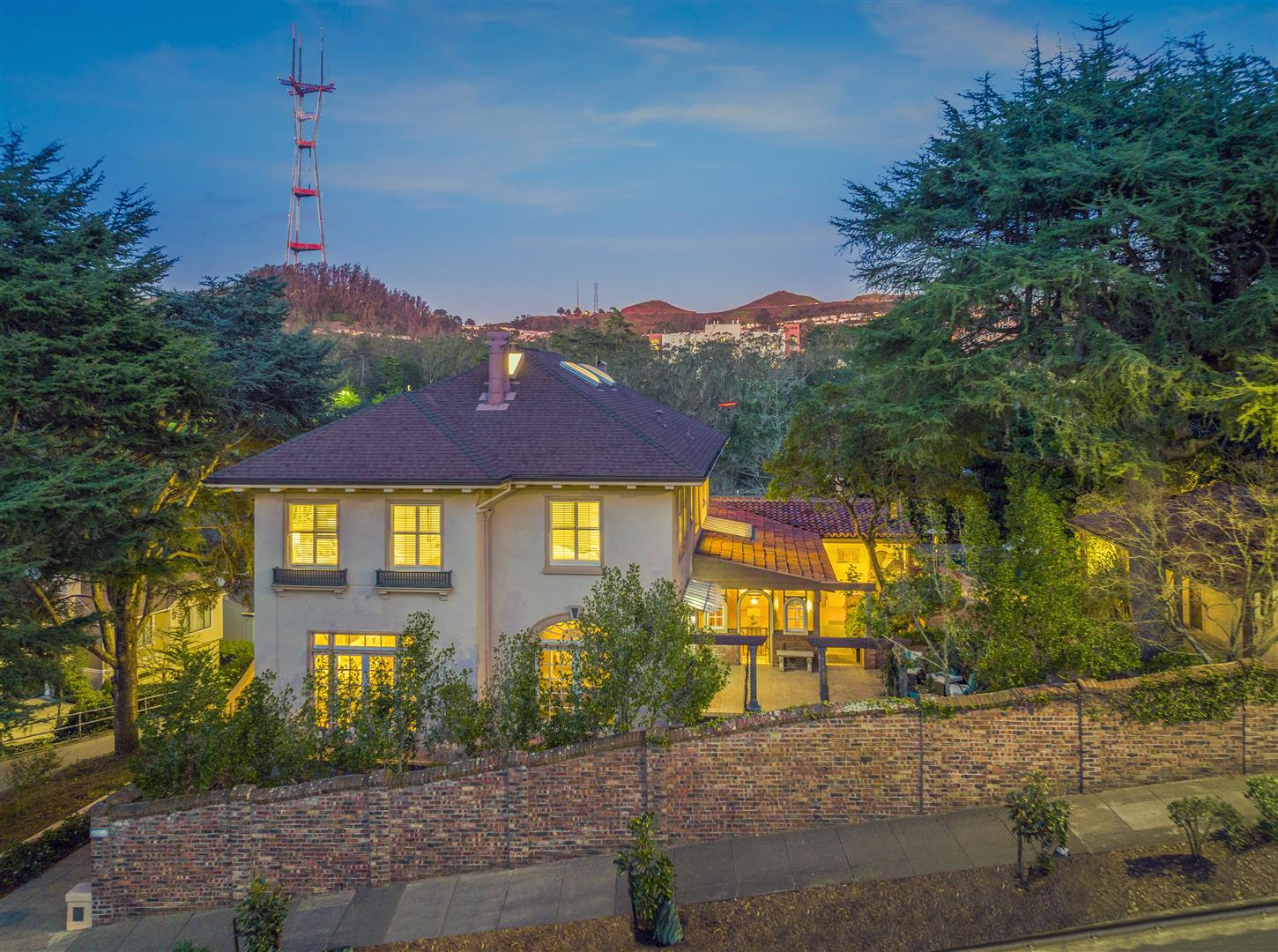 For $5.26M, you may have a uncommon San Francisco pool