By San Francisco Examiner Editorial Board

“We support supportive living. But not in this area. “

You seldom see such honesty in the housing and homelessness debate. Still, these words of Japantown Merchants Association President Richard Hashimoto, reported in the San Francisco Chronicle, undoubtedly reflect the sentiments of many. After all, they’re just a longer way to say “not in my backyard”.

The NIMBY resistance has now thwarted plans to convert a Japantown hotel into 131 housing units for the homeless. The proposed project at the Kimpton Buchanan Hotel on Sutter Street is part of the city’s plan to create 368 new housing units for the homeless with local funding and help from Project Homekey, which provides state and federal funding to convert hotels into permanent housing. The Japantown hotel housed around 100 formerly homeless people during the pandemic, and the hotel’s owner has expressed an interest in selling it.

But the idea is met with resistance from some neighbors who do not want homeless homes on their block. The outcry against the project has caused the city guides to “slow down” the planned project in a city with more than 8,000 homeless people.

“Japantown has a painful history of racist government decisions that have left a legacy of suspicion,” wrote Preston on Twitter. “From internment to redevelopment, we must recognize that making decisions for, rather than with, the J-Town community can reopen the wounds of generations.”

His comment was sharply reprimanded by housing activists, who criticized him for invoking historical trauma to justify opposition to the project.

The SF chapter of the Democratic Socialists of America, which Preston supported, urged him to “stand up for the unhoused working class.”

“You guys are back on the train with Japanese Americans,” David Ashizawa wrote in comments during a public session on Aug. 26, according to Nichi Bei Weekly. “The last time that happened we ended up in camps.”

Others pointed to the trauma of the complicated history of the redevelopment in the Japantown area. In the 1960s, some members of both the Asian and black communities organized protests against the San Francisco Redevelopment Agency’s plan to demolish homes and businesses for a tourist-oriented Japantown project and evict residents and businesses. At one point, black activists even stood in front of bulldozers to demand affordable housing.

When the new Japanese commercial and cultural center opened in 1968, Mayor Joseph Alioto boasted that the project “emerged from an ugly ghetto,” wrote Meredith Oda in “The Gateway to the Pacific: Japanese Americans and the Remaking of San Francisco.” ”

In September 1974, over 100 Japanese residents marched to protest evictions in connection with a second phase of redevelopment.

“The group complained that the agency was evicting tenants from the four-block area – called Nihonmachi – between Post and Bush, Laguna and Webster Streets, and leaving their buildings uninhabited,” The Examiner wrote at the time.

“We saw over 1,500 small businesses, local residents and workers evicted from our community,” said Saichi Kawahara, president of an organization called Committee Against Nihonmachi Eviction. “The redevelopment agency is turning our community into a tourist trap.”

Tensions flared again in 1979 when The City considered a proposal to demolish the Victorians in the 1600s block of Laguna, despite opposition from some black leaders and conservationists. One proponent of the demolition argued that the Victorians didn’t belong in the neighborhood because they were “products of European culture”. The proposal was accepted 6 to 1 by the board of the redevelopment agency, with a black pastor giving the only “no” vote.

The Kimpton Buchanan Hotel debate is the newest chapter in the saga. The redevelopment in the Western addition, together with the creation of today’s Japantown, displaced many colored people in the 20th century. In the 21st century, some Japantown residents and business people are now struggling to stop The City from converting a tourist hotel into accommodation for residents displaced out of poverty and a chronic lack of affordable housing.

Obviously, some members of the Japantown community felt taken aback by this suggestion. Some blame the current residents of the hotel for a perceived increase in litter and park violations. Others suggest that the presence of ex-homeless people in the area could lead parents to fetch their children from a nearby preschool.

However, on one of the last days of the week the atmosphere outside the hotel was calm and clean. One block down, an uninhabited man – clearly not a hotel resident – slept in a doorway.

The setback shows the challenge that the leaders of San Francisco face as they try to resolve the human misery that is endemic to our streets. Should they stand up for the poorest and most disenfranchised among us by boldly pushing for tangible solutions? Or will they yield to the NIMBY arguments when they invoke progressive concepts such as racial justice in the service of reactionary positions?

The internment of Japanese Americans during World War II is widely viewed as a terrible racist stain in American history, but has nothing to do with the city’s current efforts to shelter the homeless. After all, Japantown isn’t the only neighborhood where such projects are planned – or could meet with opposition. NIMBYs in SoMa are campaigning against a homeless housing project planned for the Panoramic SoMa building in Ninth and Mission, according to Hoodline. In a city with an ugly history of disenfranchisement stemming from the Spanish oppression of the Ohlons, will other neighborhoods resort to historical trauma to exclude the uninhabited?

Preston is now proposing to move the homeless project to two different hotels outside of Japantown. In a letter to Shireen McSpadden, director of the Department of Homelessness and Supportive Housing, Preston said last week that the two hotels would “provide at least 174 units of supportive housing for the ex-homeless.”

Preston denied any suggestion that the existence of supportive housing would harm Japantown, but also said he would also “oppose a zero-sum game in which marginalized residents are pitted against each other.” The Japantown hotel, chosen because it was viewed as the most suitable property for supportive living, is still an option. But Preston is clearly looking for a way out.

How unfortunate. If the city’s elected leaders don’t have the courage to face NIMBYism, at least they should be honest. Posing absurdly on painful historical subjects irrelevant to the homeless crisis only makes San Francisco seem ridiculous.

Perhaps The City should have done a better job of public relations, but Preston and Mayor London Breed shouldn’t let anti-homeless attitudes drive the project elsewhere. If they give in to discrimination against the unhoused in Japantown, they will provide every NIMBY in The City with a simple strategy to block out shelters for its most vulnerable residents.

San Francisco not assembly its aim to plant 4,000 timber yearly to scale back emissions | Information 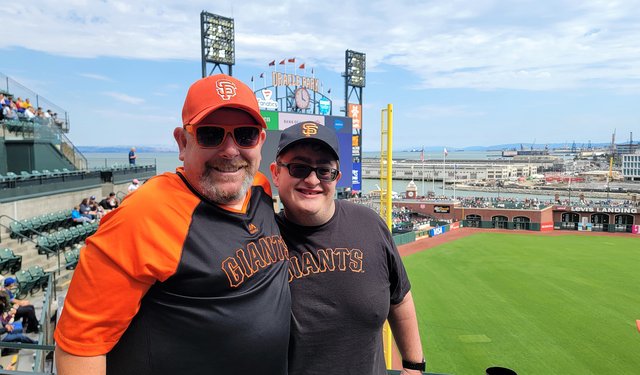