San Francisco has hired a permanent director for its Department of Homelessness and Supportive Housing, a challenging and crucial position in a city that has long struggled to serve its most vulnerable.

Mayor London Breed announced Thursday that Shireen McSpadden, the current Executive Director of the Department for Disability and Aging, will take over May 1st and fund a department with around $ 600 million to help the city’s more than 8,000 homeless .

McSpadden’s leadership team will include two new employees: Noelle Simmons, the current Assistant Director of the Human Services Agency, and Cynthia Nagendra, the executive director of the Benioff Homelessness and Housing Initiative, a research institute at UCSF that studies homelessness.

McSpadden will take over a department that has struggled to make progress since its inception under Mayor Ed Lee in 2016 – even if the budget has increased in recent years. An August city report found the department was understaffed and unprepared to serve the city’s most vulnerable. It’s also one of the few large departments in town with no formal oversight committee.

The Homeless Department spends more than $ 300 million, and an election for 2018 is expected to raise an additional $ 250-300 million per year for the department starting this year. Additional one-time funds of $ 500 million tied up in court until last fall were also raised.

Meanwhile, the Department of Health is spending hundreds of millions more to tackle mental health and drug addiction, often among the same population.

“Our response to homelessness is one of the most important, urgent and complex problems this city faces as we emerge from this pandemic,” McSpadden said in a statement.

Homelessness is one of the biggest problems in San Francisco, and elected officials have long vowed to address it. But promises, plans and new programs have been neglected and the tragedy on the city streets has worsened. The department has been without a permanent head since early 2020, when former director Jeff Kositsky resigned just before the pandemic began.

Interim Director Abigail Stewart-Kahn resigned last month after leading the department through what had been a tumultuous year.

Running the homeless section was a difficult task even before the pandemic squeezed city budgets and forced emergency shelters to reduce capacity. It is a position often entangled in City Hall politics, which must balance the needs of the city’s homeless with the demands of residents, businesses and lawyers.

A major cause of the city’s homelessness problem is the lack of affordable housing. However, many people on the street also have mental health and drug use issues, which can make it difficult to get people into the house.

A record number of people died last year from drug overdoses, many of whom lived in the city’s single occupancy units or in rented hotel rooms. The increase is largely due to fentanyl, a dangerous opioid that is flooding the streets.

Breed said she chose McSpadden because it “has made innovative and effective efforts to care for some of our most vulnerable residents”. During the pandemic, McSpadden was running the food security division at the COVID Command Center when hunger skyrocketed.

Simmons will serve as McSpadden’s chief deputy and Nagendra will help implement the division’s long-term goals. These two new positions were created specifically to assist the new director.

McSpadden – who was unavailable for comment Thursday – will take over as the city emerges from the pandemic and struggles with the economic fallout. Before the pandemic, there were more than 8,000 homeless in the city. Experts say the number has likely increased as more people were pushed into poverty.

Last year, the department had to completely revise its homeless response. The shelters had to be thinned out and no new residents had to be taken in, which meant that the number of tents in the tenderloin increased. This led to a lawsuit from UC Hastings, businesses and residents, which the city settled a few months later by promising to find temporary shelter and shelter for those living in the tents.

The city sought to rent more than 2,000 hotel rooms for the homeless and created several “safe” campsites. While these locations have helped many off the road, they are temporary measures that the city will need to reassess over the next year.

In her new role, McSpadden will oversee the mayor’s homeless recovery plan, which includes a promise that anyone who has moved into hotel rooms will be offered shelter when they move out. If the plan doesn’t work, people could end up on the streets again at the end of the program, probably in the fall.

The mayor’s plan also envisages the largest expansion of the city’s permanent housing stock in 20 years.

Jennifer Friedenbach, executive director of the city’s Coalition for Homelessness, said the advocacy group is pleased to have an “experienced administrator who can breathe new perspectives and expertise at a time when we desperately need it.” 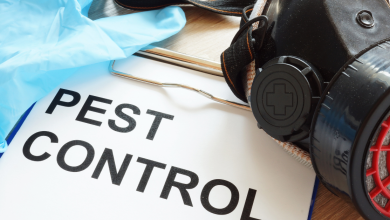