PHOENIX (Stacker) – From New York City to the Navajo Nation, people across the country are facing climate-driven water scarcity, exorbitant utility bills, aging or incomplete infrastructure, community disinvestment, and political inertia, all of which limit or completely cut off Access to essential water resources.

America’s water gap exacts a significant price on the well-being of individuals and the overall economy. More than $8.5 billion is lost annually as a result of time spent collecting water, high health care bills related to injuries, waterborne illness, and mental health challenges associated with water insecurity, according to a June 2022 report from nonprofit DigDeep. The water gap persists in all 50 states, from urban to remote communities, but it is not socially or geographically random. Water insecurity is associated with other socioeconomic disparities and disproportionately impacts communities of color. According to DigDeep, Indigenous households are 19 times more likely than white households to live without plumbing. Black and Latino households are twice as likely.

While rural homes are the most likely to lack running water, the majority of Americans residing in unplumbed homes live in cities. Plumbing poverty in urban areas is getting worse. Researchers found the average tenant in San Francisco living without piped water spent 44% of their income on rent in 2017. Water connection fees in San Francisco can cost several thousands of dollars—a financial burden low-income renters cannot afford, and negligent landlords may not want to pay. While urban residents considered “plumbing poor” are hidden in plain sight, rural residents impacted most severely by the water gap are almost entirely hidden from the nation’s collective consciousness. In colonias along Texas’ southwestern border with Mexico, tens of thousands of people live without access to running water or sewer service. Any water they can access is believed to be unsafe, and contaminated with arsenic, E. coli, and other harmful toxins.

Over the last 40 years, federal water infrastructure funding has fallen from 63% to roughly 9% leaving communities without the financial resources to upgrade and expand water and sewage systems. However, the White House says the recent infusion of money via President Joe Biden’s Infrastructure Investment and Job Act will speed up progress in prioritized underserved communities. Passed in November 2021, the law allocates roughly $50 billion for programs designed to improve state and local drinking water and wastewater treatment infrastructure. The Environmental Protection Agency also distributed $154 million to tribal territories and Native Alaskan villages. The average per-state funding for all 50 states was $138.7 million. Even for the millions of Americans with access to basic plumbing and running water, utility bills are unaffordable. A 2018 analysis by the Guardian found that across a sampling of 12 major US cities, water and sewage bills had increased by an average of 80% in just eight years, with low-income households bearing the greatest burden.

In 11 out of the 12 cities included in the study, 100% of people with incomes below 50% of the federal poverty threshold could not afford their water bills. According to the study, water bills exceeding 4% of household income are considered, for this analysis, unaffordable. This problem is not isolated just to the lowest-income households. Over the next eight years, average Americans neglected by federal funding are likely to feel the pressure of high-cost utilities in cities with low-quality water and wasteful infrastructure.

Stacker determined the 10 metro areas in the US most lacking in complete plumbing facilities based on the percentage of people in each metro without this basic access. The data is sourced from the 2020 five-year American Community Survey US Census Bureau. The census question asks whether a housing unit has hot and cold running water, a bathtub or shower, as well as other questions about kitchen appliances. Puerto Rico was excluded from these results. At a county-by-county level, the reasons why people lack access to basic plumbing are not closely or consistently tracked. Where we could find specifics, we have listed those here. Where we could not, we’ve provided contextual information about the state of that metro area’s water and sewage infrastructure.

Throughout the state, Iowans are at an increased risk of water contamination. A 2017 study revealed that 1 in 5 infants in the state is born with high levels of lead in their blood, pointing to the dangers of tainted drinking water. Dubuque, however, reported no public drinking water violations in 2021.

Agricultural pollution is a major source of contamination for private well owners, resulting in water with harmful levels of bacteria and nitrates. Dubuque residents identified drinking water protection from private sources as one of the most critical health concerns in the next 3-5 years, according to the county’s Poverty Prevention Plan.

Louisiana’s southeastern parishes, like Lafourche and Terrebonne, are prone to hurricane damage, which can knock out critical community infrastructure. Beyond threats to water and sewage systems from natural disasters, the state’s water quality is a consistent problem, with upwards of 1,600 boil advisories across the state annually.

Louisiana will receive $7 billion from Biden’s infrastructure bill, with nearly $6 billion earmarked for roads, highways, and bridges. The remainder will be spent on water infrastructure improvements, among other things.

Laredo made headlines early in 2022 when a water line break caused nearly two weeks of water shortages and boil advisories for thousands of residents. While this was a short-term problem amid a much larger water crisis, it is a prime example of the impact of aging, unmaintained water infrastructure.

Webb County, where Laredo is located, was previously embroiled in controversy when the $12 million Rio Bravo Water Treatment Plant opened without properly functioning systems. The plan was intended to provide clean drinking water to 8,000 people in neighboring towns. Instead, plant operators falsified water quality reports, permitting substandard, unsafe water to flow through the system and into the homes of residents.

Like many other Louisiana regions, Hammond is not spared from the damage and devastation caused by natural disasters. In the wake of Hurricane Ida, sewage system breakdowns were a persistent problem in the region. Neighboring St. Tammany Parish, where almost all residents use bottled water due to poor piped water quality, has received $23 million to improve its water system.

In 2018, Grants Pass began replacing its nearly 86-year-old water treatment plant with a new facility, acknowledging that, while it is still doing its job adequately, the old plant would not be able to withstand an earthquake.

The new plant is expected to be finished by the end of 2023. The city has also undertaken a $20 million wastewater treatment project. As a result of these major infrastructure projects, Grants Pass residents will see an approximate $20 increase in their utility bills over the course of the next four years.

Leaky canals supplied by a diminishing Rio Grande River are creating water scarcity issues in the McAllen-Edinburg-Mission metro. These canals that supply the region lose about 40% of the water they carry due to aging infrastructure.

Water officials predict the demand for water in the area will double over the next 50 years as the population continues to grow. The region has already experienced rapid population growth between 1990 and 2020, increasing sixfold to 871,000.

Alaska’s extreme environment makes piping water to remote regions—and even relatively urban areas like Anchorage—challenging and expensive for both builders and residents paying the bills.

Historically, installing indoor plumbing in a single home could cost hundreds of thousands of dollars. As an alternative, people may use honey buckets—large buckets to collect waste. But this type of sewage disposal is conducive to spreading disease. Invasive pneumococcal rates in southwestern Alaska are among the highest in the world due to a lack of running water and proper sanitation.

Farmington is situated on off-reservation Navajo trust land, and between three American Indian reservations belonging to the Navajo, the Ute Mountain Indians, and the Southern Utes. A short drive away, more than 40% of Farmington’s neighbors in Navajo Nation households do not have running water in their homes and 30% lack access to clean drinking water. Instead, they must haul water, sometimes from Farmington, for their cooking and sanitation needs.

Lack of water and plumbing puts residents at greater risk for infectious diseases, and it is in large part why the Navajo Nation reported a higher per capita COVID-19 mortality rate than any state in the US

Coconino County, home to Flagstaff, relies on groundwater for 70% of its water supply. As climate change and population growth put pressure on various water sources throughout the state, residents in Flagstaff and beyond will face increasing water scarcity in the coming decades.

Longtime Flagstaff residents are familiar with this issue. In 2002, the Upper Lake Mary reservoir, from which Flagstaff got a significant portion of its water supply, dried out almost completely due to drought, causing shortages.

In parts of Fairbanks, permafrost keeps the ground frozen year-round, making it impossible for builders to lay water and septic systems. As a result, people turn to “dry cabins”—housing units without any plumbing—for the sake of practicality and as part of a lifestyle. The Fairbanks region has a large dry cabin community.

Immediately to the north of Fairbanks is the vast Yukon-Koyukuk region, which has the nation’s highest total percentage of homes with inadequate plumbing due to its harsh environment and inaccessibility.

Copyright 2022 Stacker via Gray Media Group, Inc. All rights reserved. This article has been re-published pursuant to a CC BY-NC 4.0 License. 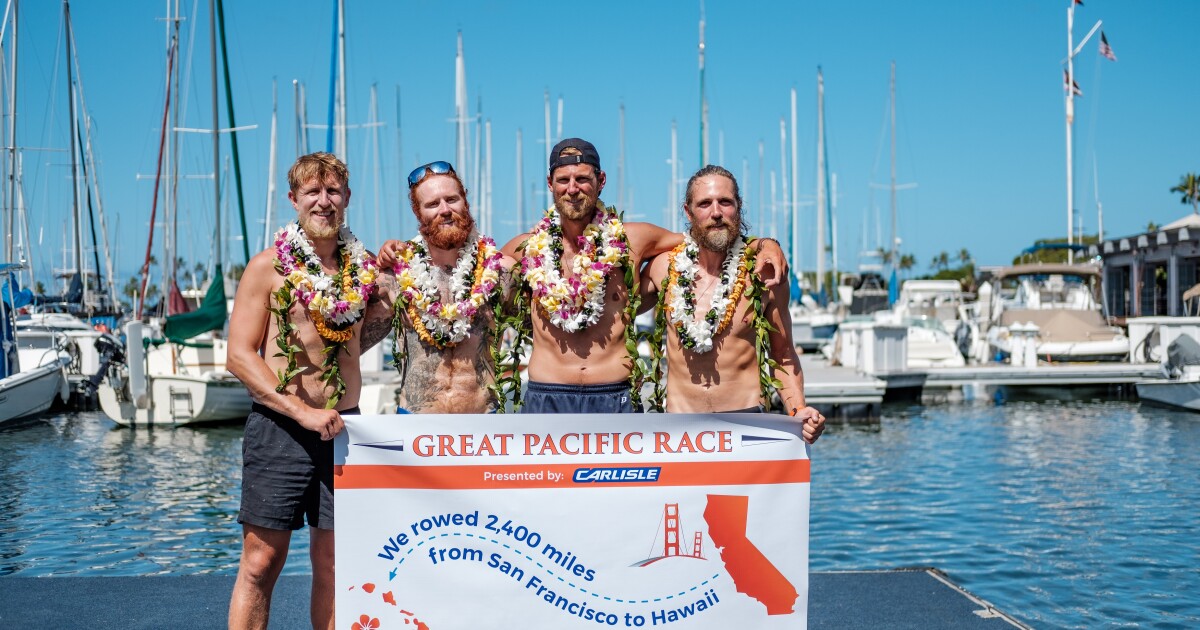 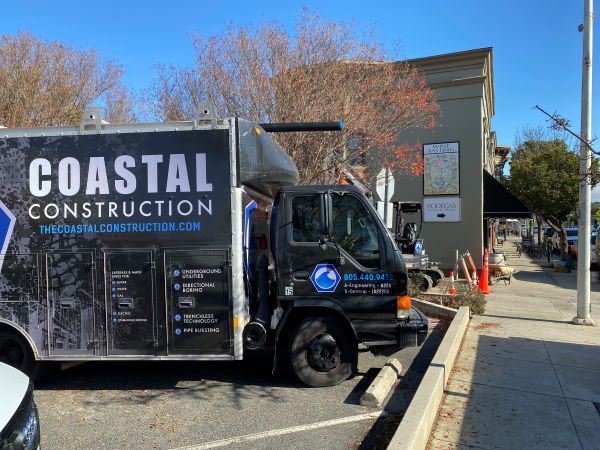