I met up with Eric at the bottom of the Filbert steps, just off Sansome Street near Levi’s Plaza, to make the climb and meet some folks who live on the steps. What we discovered was a deep history of community and service, and a battle that landed the steps in prime-time news.

Are there rules for living on the steps?

When we first started up the steps, I didn’t see the appeal. Near Sansome Street, which used to be an industrial area with a popcorn factory and railroad running through it, the steps are made of concrete rising steeply up against a rocky cliff sporting graffiti. But as we climbed higher, I caught glimpses of green.

Soon, we were standing at the bottom of a set of wooden steps, old wooden cottages off to the right and a lush green garden running along the left side of the stairway. About halfway up, we came to a sign that said “Napier Lane.”

Napier Lane is one of the few streets that intersects the Filbert steps as they wind up Telegraph Hill. It’s a small boardwalk lined with cottages built in the 1850s. (Katrina Schwartz/KQED)

Napier Lane is a boardwalk that intersects the steps about halfway up. It’s lined with cute wooden cottages, some of the oldest homes in San Francisco. In the 1850s, longshoremen lived in these cottages. They’d look up to the semaphore on the top of Telegraph Hill to see which ships were coming into San Francisco’s shore and what they carried. Then they’d rush down the steps to help unload.

These homes even survived the 1906 earthquake and fire that devastated much of San Francisco. There were many Italian families living here at the time, the story goes, and they made their own wine. When the first fires ignited south of Market Street and headed toward them, the people dipped burlap sacks in the wine and covered their roofs, preventing floating embers from catching fire on the wooden shingles. The Filbert steps circa 1890, before Coit Tower was built. (OpenSFHistory/wnp24.227a)

This is where we met up with Larry Habegger and Paula McCabe, who are married and have lived on the steps for decades. We asked them if there are any homeowners association-style rules for living here.

“There’s no expectations other than taking out your garbage and your trash like everybody else in the city,” laughed McCabe.

“What about getting a pizza delivered?” Eric asked. “Do you have them come all the way up the steps to your door? And if so, how many digits is the tip that you give them?”

Other common questions the couple often field: “Do you really have to walk up or down the stairs for everything?” (Yes. There’s no hidden back alley for a car.) “How do you move?” (It was a pain, but they only had to do it once.) “Do they get mail?” (Yes. Henry is a lovely mail carrier and very dedicated.)

There’s a communal spirit to the Filbert steps neighborhood that comes out in voluntary acts of kindness, we learned. For example, one Christmas, a local couple strung twinkling lights all the way from the bottom of the steps up to Coit Tower. Their neighbors provided electrical hookups along the way, and sat back to enjoy the show.

A long-term and beloved resident of Napier Lane, Grace Marchant, may be the inspiration for some of these acts of service. Grace moved to the Filbert steps with her daughter, Valletta, in 1935. She was originally from South Dakota, but moved to Long Beach as a young woman to work as a stuntperson in the film industry.

When she first moved to the Filbert steps, they weren’t nearly so charming. In fact, many local residents used the hillside across from Napier Lane as an unofficial trash heap. Everything from tires to old furniture would end up on the hill. As she got older, Grace liked to get outside and beautify the hillside. She found it helped with her aches and pains. Grace Marchant poses in front of the garden she created along the Filbert steps, in 1980. (Courtesy Larry Habegger)

“She got these little baby tears and she was just beautifying right outside her door,” Habegger said. “Then she started hauling the debris off the hill because she thought, ‘OK, why don’t I do the cliffside out here?’ So she turned the junkyard into a fabulous rose garden.”

Grace planted those first baby tears (a moss-like plant with tiny detailed leaves) in 1949. Now, the hillside is an oasis of fuchsias and roses planted into the steep terrain. A wooden gate separates the garden from the steps and paths wend their way through the lush growth. This is not the type of garden with green grass or benches. It feels more wild and free.

The Grace Marchant Garden in the spring when the roses are in bloom. The shot looks back toward Napier Lane from inside the garden. (Courtesy Larry Habegger)

This garden is what lured Habegger to the steps 45 years ago. He was out for a walk with a friend.

“There was this stairway going up the side of the hill and we thought, ‘I wonder what’s up there?'” Habegger said. “Of course, we walk up the cliff and we come to this enchanting garden with butterflies and hummingbirds and roses everywhere, and the boardwalk and cottages and on the spot I thought, ‘I’ve got to live here.'”

He got his chance a few years later when another friend saw a sign (on the exact house Habegger picked out for himself) advertising “Roommate Wanted.” Habegger was traveling out of the country at the time, but his friend called the number on the sign and insisted that the guy wait until Habegger got back before filling the room.

Habegger and his new roommate, Gary Kray, lived next door to Grace Marchant, who was quite old by this time. Kray would help Grace in the garden, learning how to care for her beloved roses. Grace passed away in 1982 at the age of 96, leaving Kray to care for the garden. Grace had maintained the garden for 33 years and Kray would go on to do the same for another 33 years. Grace Marchant, dressed in a witch costume, stands with Gary Kray, her gardening protégé, circa 1980. Gary used to plan a big Halloween event every year, placing jack-o’-lanterns in the garden. It got so popular, they had to abandon the tradition. (Courtesy Larry Habegger)

A development battle that made the steps famous

This is a tight-knit community with a lot of pride in what Grace built. So when rumors started circulating not long after she died that a neighbor intended to demolish his cottage and build a much bigger home that would ruin the garden, it ruffled some feathers.

“A property owner here wanted to build a large house, take over a big portion of the garden, more or less turn the place into his private garden,” Habegger said. “Gary and I got the neighborhood involved.”

The two men saw the garden as Grace’s legacy. They started organizing an opposition movement, getting the Telegraph Hill Dwellers neighborhood group, City Hall, the Trust for Public Land and the people of San Francisco involved in the fight. They thought their best shot would be to buy the property from the owner and put an easement on the garden to protect it for the public. But they needed money for the plan to work.

What do you wonder about the Bay Area, its culture or people that you want KQED to investigate? Ask Bay Curious.

“We sold figurative square inches of the garden for $10,” Habegger said. “And we thought we’d raise a couple of hundred bucks.”

To their surprise, 4,000 individual donors contributed from all over San Francisco and beyond. Their cause also got press attention, both locally and nationally. In the end, the Friends of the Garden nonprofit they created raised more than $200,000 from individuals and foundations. They saved the garden and named it after Grace. But all the publicity they got came with a price — it made the steps famous.

“That changed things a lot,” Habegger said. Before the publicized battle, only locals knew about the steps. “And after that campaign … it got in all the guidebooks,” he said.

Most of the time, Habegger says the steps are pretty quiet. That’s what he and McCabe like about living here. Tourists walk by, but for the most part they’re respectful. Habegger and McCabe wouldn’t trade it for somewhere easier.

“It’s not your normal city environment. You walk down a wooden stairway, you walk along a wooden boardwalk and then you’re home. I mean, it’s really kind of 19th-century living in a modern age,” Habegger said.

Habegger has lived on the Filbert steps since 1977. Paula McCabe has been there since the early ’90s. Most of their neighbors have equally long tenures. But the couple says they are seeing some of the changes endemic to San Francisco in their neighborhood, too. Back in the ’70s and ’80s, the city wasn’t an exclusive place to live. “It was a very creative community here, a lot of artists and musicians and such,” Habegger said. “And you know, back then, things didn’t turn over very fast. And in fact, a lot of it was rental.”

That changed when a big landlord died in the area and his kids sold off his assets. Now, most people own in the neighborhood, and if something goes up for sale, only the rich can afford it. Because the places are small, and kind of a novelty, folks with the money buy them as pieds-à-terre. They don’t live in them full time, which makes it feel a little less neighborhoody, McCabe said.

As for the Grace Marchant Garden, McCabe is now the volunteer caretaker. Gary Kray died in 2012, passing the torch to her. She uses funds from the Friends of the Garden nonprofit to buy supplies, and donates her time to keep the garden looking nice. It’s her way of paying homage to the spirits of Grace and Gary, two people who loved this place. 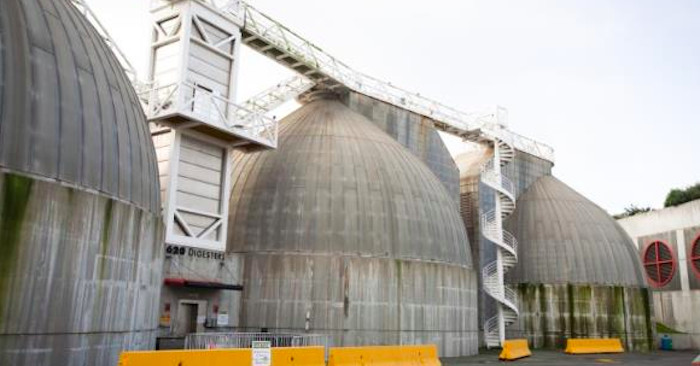